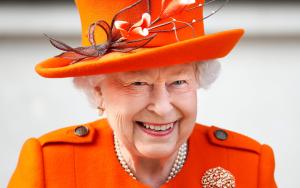 Five Rivers Child Care was deeply saddened by the death of Queen Elizabeth II on 8 September 2022.

During the 70 years of her reign, Her Majesty Queen Elizabeth II was a symbol of strength, and a much respected and loved figure. Known for her sense of duty and devotion to a life of service, she has been an important figurehead for the UK during times of enormous social change. During her reign, she has been linked as Royal Patron or President of over 600 charities, military associations, professional bodies, and public service organisations.

While this is a moment of great sadness, it’s also an opportunity to reflect on what has been an extraordinary reign of a very much admired monarch.

Five Rivers Child Care extend our sincere condolences to The Royal Family, and our deepest sympathies go out to those affected by her death. As a mark of respect during this time of national mourning, we will suspend all social media activity from Saturday, 17 September until Tuesday, 20 September 2022.

Our latest stories about our work, the impact we are having on children and young people, as well as opportunities to meet with us.